Failing Bravely: The Power of Offering Yourself Another Chance 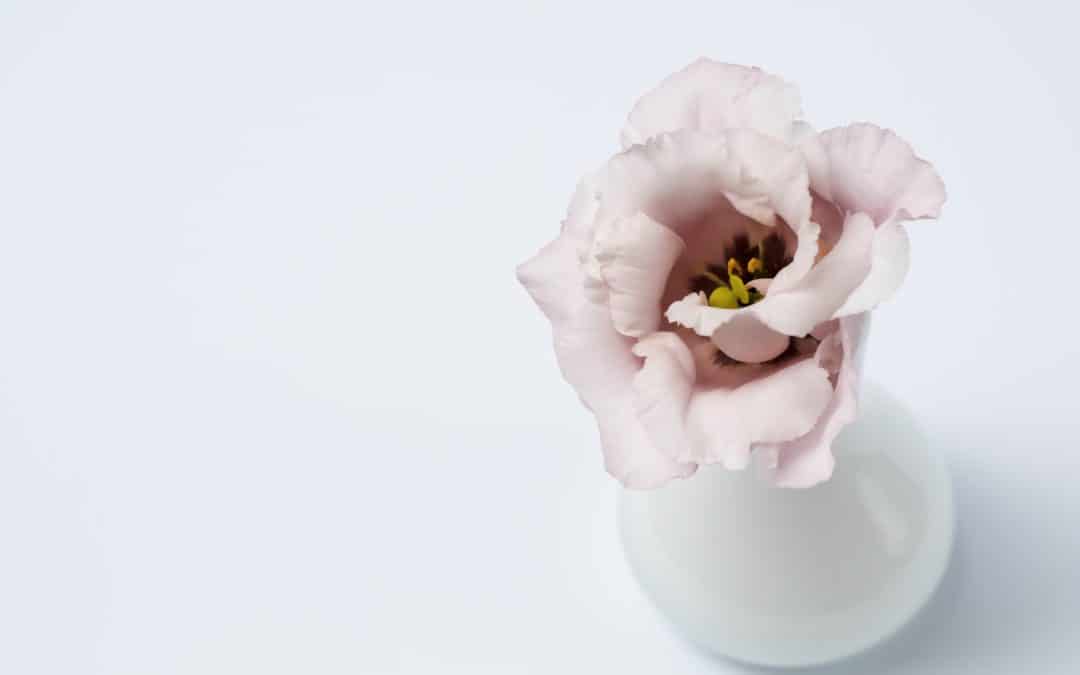 In 2012, a professional singer I know sent in a video audition to The Voice. She did it on a whim, but she was in her mid-twenties in an industry that has a very clear bias towards artists much younger, and deep down she hoped this would lead to her “big break.”

A few weeks later, her inbox dinged with a thanks but no thanks email.

For a couple of years, she took this tiny little ding and the digital words that accompanied it as a sign of grave significance: that she had failed in her music career. That she wasn’t going to ‘make it’. That she simply didn’t have the talent.

And so, she went in search of emotional safety and turned her attention to a career in teaching instead.

Now, if a career as one of the world’s precious educators is your calling, then I applaud you and bow to you in deep reverence of the power you hold in your hands for shaping our next generation. Thank you for the important work you do.

But the choice for her in this case was not based on a redirection towards a new purpose. It was a choice to run away from music, to find solace from failure, to seek comfort in a weekly pay cheque, to travel a road that appeared far safer than a stage.

The thing is, when I met her, she was riddled with anxiety each morning before heading off to a job that stifled her creativity and sucked her energy in a way that only misaligned choices can.

I know this, because the person I’m referring to is my wife, Nyssa. Her first language was, quite literally, music. Removing music from her life is akin to taking away one of her senses. And this was the result of her interpretation of failure from that small ding of rejection from her inbox.

Nyssa is inherently courageous though. It’s one of my favourite qualities about her. Eventually, she resolved to give The Voice another go. Video audition sent in, and she receives a “you’ve made it to the next round” email. She cried in relief, not-so-secretly hoping that this could be the start of her ‘big break’. Maybe all the years of slogging it away in dark corners of dingy pubs singing to messy drunks who are more interested in the football on the screen behind her head have been worth it.

She completed two face-to-face auditions. In each one, she levelled up. Dressed to impress. Visualised what success will look like. And at each one, she gets through to the next round until she receives the golden ticket to national TV.

On the day of the blind auditions, she was up at 5 am trying to settle the butterflies swarming in her stomach. Arriving at the studio, her family were there in support and the air conditioning is set to “body in the freezer” status. Show runners zoomed past and the air was thick with egos and vocal exercises.

Nyssa tried to take in the experience. The hope, the possibility. Another contestant gets called through to take the stage while the remaining contestants were kept waiting and uninformed.

At 9:30 pm, a producer gathered the artists who were still waiting. “There’s only two spots left across the 4 teams. We can’t tell you which team still has spots available. You may not sing tonight, in which case, you’ll go straight through to the blinds next year.”

Her shoulders dropped as hope deflated from the rest of her body. She’d come all this way for nothing. She silently slipped outside carrying her emotions in her pocket for no one else to see. It’s over.

Twenty minutes later, a producer called her name and ran towards her. “You’re on next!” She’s quickly forced to find the enthusiasm and drive that minutes ago she’d grieved for.

Back stage, she collected herself. This was it. The first day of the rest of her life.

She took the stage without tripping up the stairs. One of many small victories leading up to this very moment. The music started. She inhaled and sung the first note to the four backs sitting in red chairs in front of her. The seconds passed by. No one turned. She rallied, changed key, and belted out the money note. No one turned. Her eyes flashed in recognition of what was to come. She sung the final note, held it as long as her breath would allow. No one turned.

Four international celebrities looked at her with pity, attempted to prop her up with platitudes.

She’s a professional right until the end and thanked them for the opportunity.

Behind her hotel room door, Nyssa sobbed. The dream was over. She just failed in front of the people closest to her, and a million or so people watching on television. Maybe she’s just not good enough.

I was beside her in bed that night crying with her and for her pain. I was backstage with her, and I watched her wrangle those butterflies for a good 17 hours that day, and I’ve watched her work her butt off the entire time I’ve known her to try and get a break.

I also watched her in the following months as she struggled to process what this experience meant to her. I saw how her lack of recognition during this experience was interpreted as evidence of her lack of talent and how she had attached her current and future happiness to some kind of success determined by a TV show.

I saw her fail and interpret that failure as a marker of her lack of worth. And I don’t blame her, because our culture is so quick to define trophies, social media likes, dress size, fame, and lip-filler perfection as ‘worthy’.

And thanks to this idea that striving for perfection, and winning at all costs, as being the only things that count, Nyssa became convinced she didn’t have the talent, that music was slipping between her fingers, and that a career in music was only reserved for the ‘special ones’.

The Task of Living with Courage

We had many conversations in the months that followed that night on The Voice. But the most powerful conversation occurred one night that summer when we were sitting outside looking at the stars and talking about death.

Nyssa immediately said that she wanted to be able to look back on loving me the way I deserved to be loved. (Yep, that’s why I jumped the fence and put a ring on it!) But, after some thought, she also said she didn’t want to look back on not pursuing music simply because of one night at Fox Studios that didn’t go as she had planned.

She quit teaching the next day.

And despite the financial insecurity, the dingy pubs, and the late nights, she’s now one of the most sought-after female musicians and vocalists in South East Queensland. And most of all, she accepts the discomfort because the payoff of living a creative life doing what she loves is worth it.

This is failing bravely. This is the power of offering yourself another chance – as many chances as it takes to be sure that you are living meaningfully and in alignment with your values.

This is failing bravely. This is the power of offering yourself another chance – as many chances as it takes to be sure that you are living meaningfully and in alignment with your values.

Brave Living is Not a Spectator Sport

For anyone who is staring down the barrel of life not going the way you hoped it would, of falling to the ground and hitting it hard, and wondering whether it’s even worth it to get back up again, please know that failing bravely is the process of honouring yourself for living fully. Sure, you can sit on the sidelines and stay safe from getting knocked down, but you’ll always be a spectator to other people out there actually living.

Please know that failing bravely is the process of honouring yourself for living fully. Sure, you can sit on the sidelines and stay safe from getting knocked down, but you’ll always be a spectator to other people out there actually living.

Your thing may not be music. It could be flipping houses or selling your art or studying palaeontology. It could be parenting your little ones or training for a 5 km run. Whatever it is doesn’t matter. What matters is giving yourself the opportunity to try and fail and try again. Because it’s in the rising that we grow the most.

Accept that it didn’t work out as you’d hoped. This doesn’t mean that you have to like, or want, or approve of it, but it does mean that you wholeheartedly accept the experience for what it is.

Label your feelings. Give them a voice. Tell them that you see them and that they are valid for being present as part of the experience. Remind them that they are not wrong or unwelcome, even though they are uncomfortable.

Give yourself space to recover. This might be days or months, maybe longer. However long you need to restore your emotional well-being and energy levels.

When I say this, I feel the need to remind you that everything is easier said than done. But one of the practices in getting back up again is to let go of what you think others are thinking about you. Getting caught up in what you can’t control will waste your energy.

We are often the worst critics of all towards ourselves. Resist the urge to punish yourself with negative and overly harsh self-judgements. IT doesn’t help your learning and it doesn’t help you rally the strength to try again.

Be mindful of what your mind is making the experience mean. If it’s running stories about not being enough in some form, or not being talented, or being too late, or missing all the opportunities, or whatever it is, remember that these are just stories. The tales your mind tells are rarely accurate and action is the best way to disprove them.

Reframe failure for what it is: failure is living. It is experience. It is the surest sign that you’ve tried, that you’ve jumped up from the sidelines and thrown yourself fully into something important.

Reconnect with your WHY. Come back to your values. Remember why you started, why it’s worth it, and what you are missing without the opportunity to try your thing.

I’ll see you on the field, where we’ll all fall and get back up again, stronger, wiser, and committed to each other’s version of living meaningfully and bravely. Season 1 of my course, Overcoming Self-Sabotage, b

What is self-sabotage? . (… And is it really som

This kind of self- trust 😍

Hands up if you can you relate? This is what the

IT’S HERE! . Season 2 of my most popular course,

This is how I reframe brave and meaningful living.

“In a world where so many choices are demanded o

Self-trust is a practice. Tiny actions we repeat o

Hands up if this is you 🙋 Perfectionism is not

And sometimes waiting for it to pass can be a very

Because living bravely is worth it, and because th

Load More…
This site uses cookies to ensure that you have the best experience on our website. If you continue to use this site, you consent to the use of cookies.OK