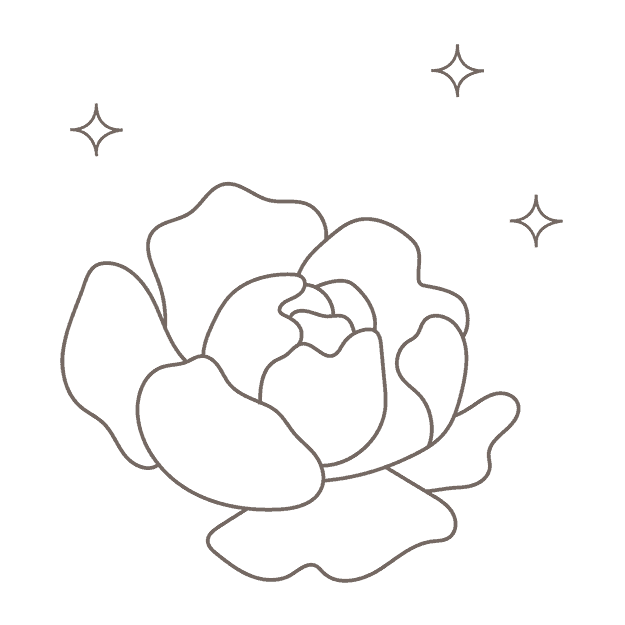 Imagine if you had the courage to do

all the things you really want to do. Because even though you dream of a life filled with people, places, events

and moments that light you up, there’s something holding you back.

Come on in. Pull up a seat. We’ve got a lot to talk about.

Your brain is whispering to you, lovely one.

Telling you that no matter how badly you want something it’s never going to happen.

And there are a whole bunch of reasons why.

You can’t do it. You’re not good enough. It’s too late to try.

But you know what all of that is really code for?

Like not hula-hooping into the path of a stampede of buffalos.

And choosing to say “no” to a cheeky nine holes of golf in the middle of an electrical storm.

But somewhere between sabre tooth tigers becoming extinct and UberEats keeping me alive,

our lizard brains (the ancient part of our brains) got really confused and went all Terminator on modern life.

Showing up on social media for your business? Beep beep beep – that’s a threat!

And because your brain is meant to keep you safe, it’s sending you all sorts of, “DANGER, DANGER!” signals, making sure you feel as anxious, uncomfortable and fearful as possible.

Because staying in your  home, doing the same things you’ve successfully done for days, weeks and years before?

But that brave, inspired life? It’s waiting for you. On the other side of fear.

It’s not about resenting fear. And it’s definitely not about never feeling fear.

Instead, it’s about understanding exactly how to navigate change – and pursue your dreams – with courage.

Cue the slick segue into the adventure you’ve been waiting for.

Is this you automatically running in the opposite direction when things get hard?

Well, you’re in the right place Radical Courage has been created to help you: Hear from our students 6 x self-paced modules of written, audio, and video content designed by a clinical psychologist (me!) to gently guide you in taking empowered action.

Lifetime access to all of the Radical Courage course material.

A beautifully designed, interactive, downloadable workbook to translate what you learn into Real. Life. Action.

To ease any uncertainty you might be feeling, you have the chance to request a refund within 7 days of purchase.

PLUS … these value-packed bonuses Goal Setting: Empowered Planning for What Matters Most An 8-part series of bite-sized audios for inspiration and encouragement; Daily audio pep-talk to help guide you towards empowered thinking Pay in full and receive exclusive access to monthly group mentoring calls. In these calls, we work together on any blocks or questions you have, dive into different parts of the course content, and tweak your mindset as you grow.

Clinical psychologist with a heart for unfolding journeys and a deep respect for the universe. Author of three published self-help books. Mother of one incredible little boy (and one gangly Weimaraner). Wife of the coolest woman in the world. And a human, just like you. I spend 20% of my day wrangling my toddler, Bennett, away from his attempts at breaking into the pantry. (He’s not yet succeeded, but it’s only a matter of time, right?) I procrastinate. I am a professional debater when it comes to arguing with my mind about going to the gym. I’m ridiculously proud of my ride-on lawn-mowing skills but I blatantly ignore the weeds growing in the driveway. I walk a fine line between showing up for my people on Instagram and lowering my hours on the weekly screen time report. I worry and I get hungry and I get angry and I get hangry and I have to apologise to my wife for the things I say during those moments.

Which is all to say … I’m practising, too. I know your pain, I know your struggles. And I get you. We fit because we get each other. As a psychologist, I’ve counselled hundreds of people stuck in the paralysis of fear. And, as a fellow human, I’ve done enough work on myself now to know the deep satisfaction of breaking free of the chains we create for ourselves. We’re going to walk through the six unique elements that, when practised, reprogram our brains to shift towards possibility and the creation of a life you only dream of right now. It’s one-part psychology, one-part self-help and all-parts the gentle, loving guidance you need.

Ready for the adventure?

Radical Courage is for you if:

But … Radical Courage is probably not for you right now if:

You have access to the course (and any updates or additions made) for as long as the course lives in my space on the internet! You can work through it at your own pace.

Can I join from anywhere in the world?

You sure can! I love the diversity of our community. If you pay upfront, you receive exclusive access to join monthly, live, group calls. Because it’s difficult to schedule the live calls to suit every single timezone, the calls are recorded so that you can watch or listen to them back at your convenience.

Is there a payment plan?

Yes! 4 x monthly instalments of AUD$277 (total AUD $1108). This option is slightly higher than the upfront payment option to account for the additional administrative requirements of multiple payments.

How long will it take to work through the course material?

What do I need to enrol?

That’s it. I’ll supply the rest.

If you pay upfront, then yes, absolutely! When you pay upfront, you’ll be invited to exclusive group mentoring calls each month where you and I, and our course community, will chat about everything that shows up for you during the course. You can ask questions and we’ll work through any blocks you’re experiencing. These calls will be recorded for you to watch for the lifetime of the course. ** Please note that I’m unable to provide psychological treatment online and I don’t offer individual consultations.

+ These bonuses are waiting for YOU …

Do you offer a guarantee?

If uncertainty makes you a little uncomfortable, don’t worry! I get it. I’m committed to your growth and want to provide you with the best experience possible. I offer a 7-day money back guarantee, available from the date of purchase.

Payment Plan
This site uses cookies to ensure that you have the best experience on our website. If you continue to use this site, you consent to the use of cookies.OK